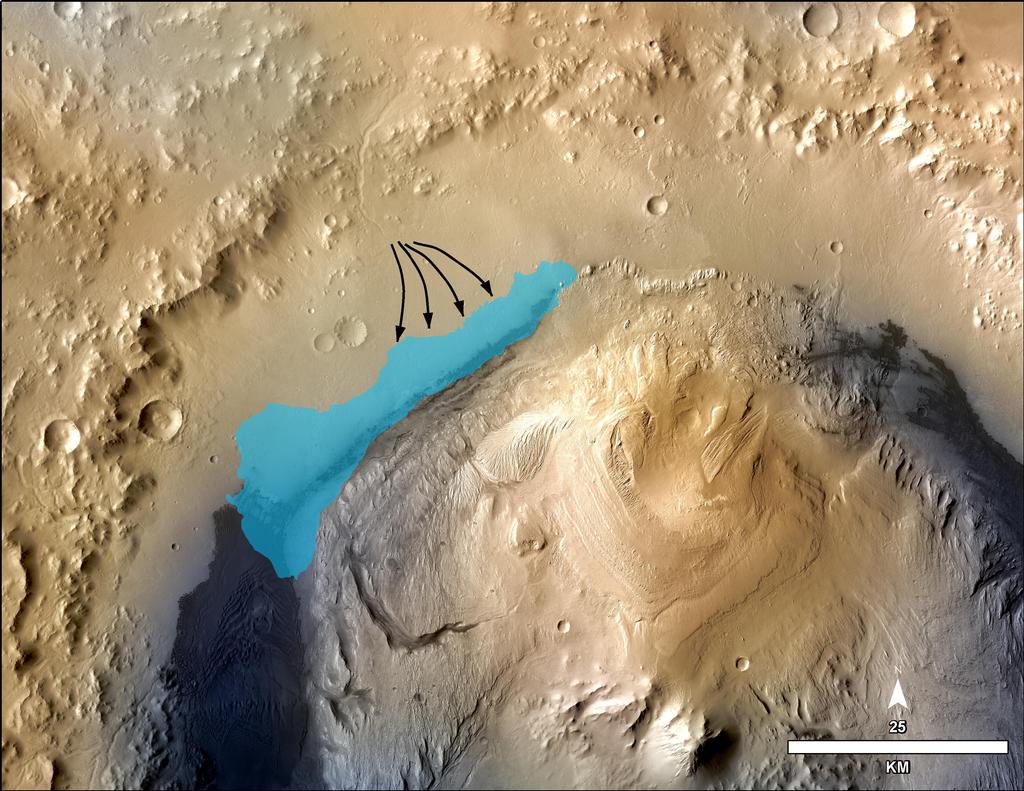 This illustration depicts a concept for the possible extent of an ancient lake inside Gale Crater. The existence of a lake there billions of years ago was confirmed from examination of mudstone in the crater's Yellowknife Bay area. For this illustration, the possible extent was estimated by mapping ancient lake and stream deposits and recognizing that water flowed from the crater rim into the basin (arrows). The water would have pooled in the linear depression created between the crater rim and Mt. Sharp. The area's history likely included the coming and going of multiple lakes of different sizes as climate conditions evolved.

The base map combines image data from the Context Camera on NASA's Mars Reconnaissance Orbiter and color information from Viking Orbiter imagery. The 25-kilometer scale bar at lower right is 15.5 miles long. North is up.
Image Credit: NASA/JPL-Caltech/MSSS