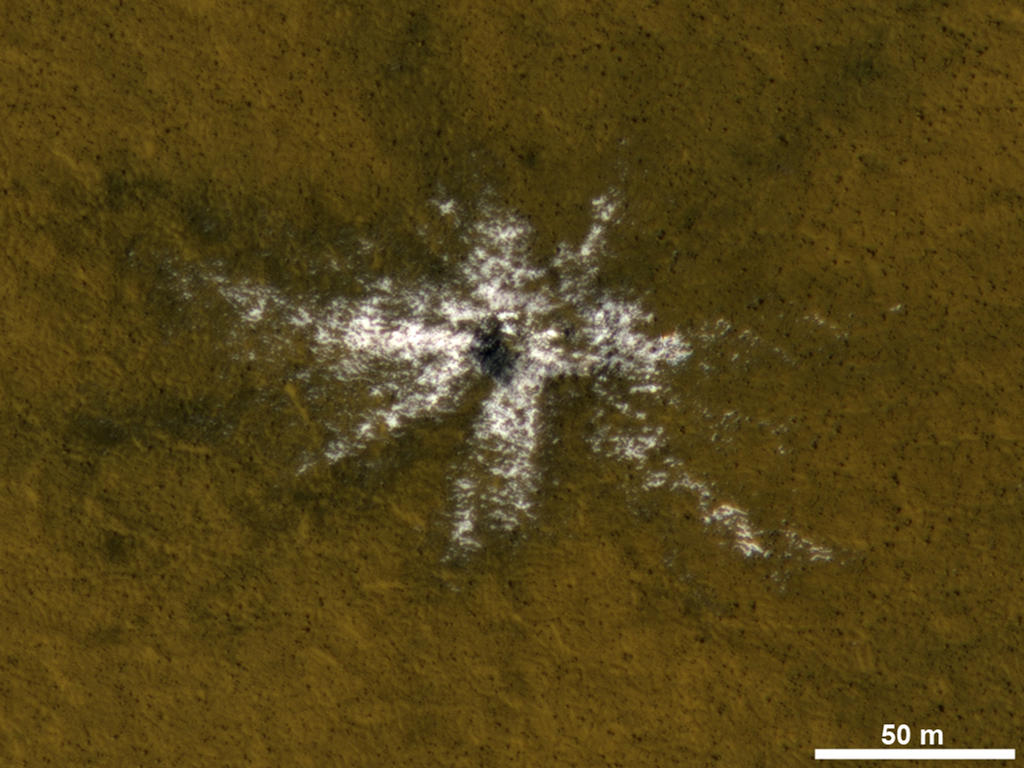 This image taken on May 19, 2010, shows an impact crater that had not existed when the same location on Mars was previously observed in March 2008. The new impact excavated and scattered water ice that had been hidden beneath the surface. The location is at 63.9 degrees north latitude, 44.9 degrees east longitude. The 50-meter scale bar at lower right is about 55 yards long.

The image is an excerpt from an observation by the High Resolution Imaging Science Experiment camera (HiRISE) on NASA's Mars Reconnaissance Orbiter. Additional image products from the same observation are at http://www.uahirise.org/ESP_017868_2440. The image has been processed to allow details to be seen in both the bright ice and the darker soil.