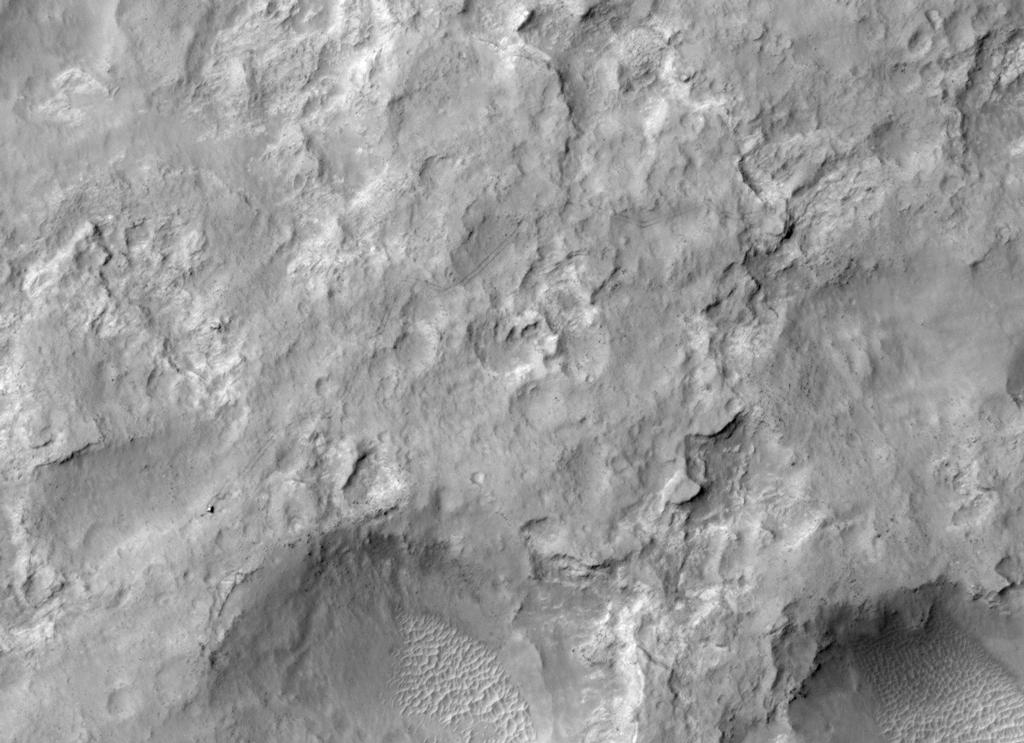 NASA's Curiosity Mars rover and tracks left by its driving appear in this portion of a Dec. 11, 2013, observation by the High Resolution Imaging Science Experiment (HiRISE) camera on NASA's Mars Reconnaissance Orbiter. The rover is near the lower-left corner of this view. For scale, the two parallel lines of the wheel tracks are about 10 feet (3 meters) apart.

Curiosity has been on the move. By the time this image was taken, it had driven about 2.86 miles (4.61 kilometers) since its August 2012 landing in Gale Crater. This view shows where the rover has driven generally southwestward, with some variation to get around obstacles, on its route toward its long-term destination on the lower slopes of Mount Sharp.