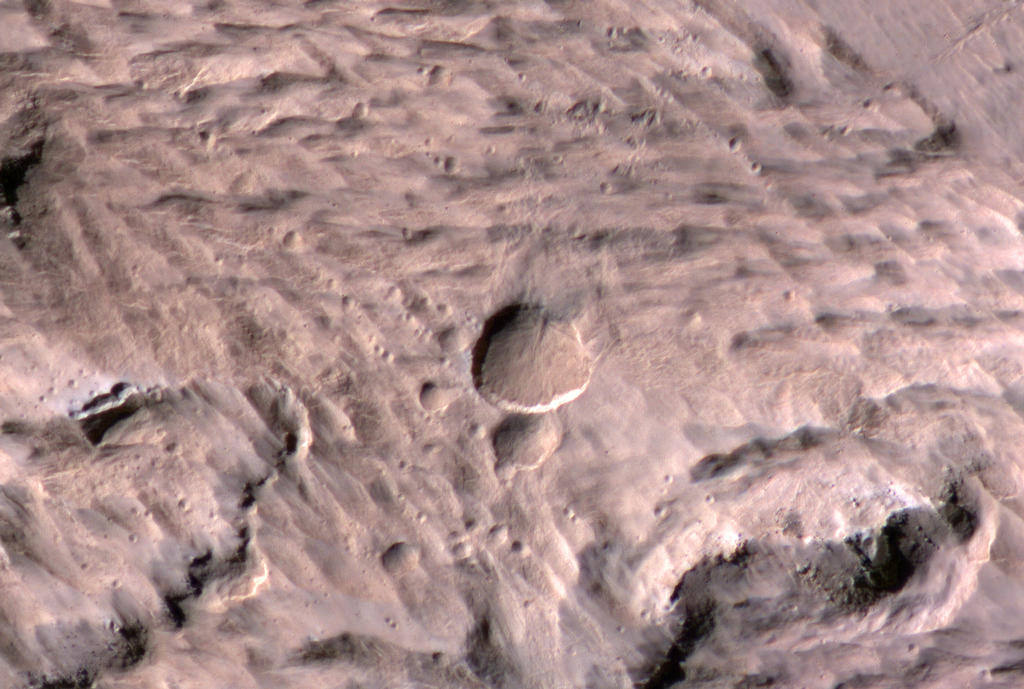 The largest crater associated with a March 2012 impact on Mars has many smaller craters around it, revealed in this image from the High Resolution Imaging Science Experiment (HiRISE) camera on NASA's Mars Reconnaissance Orbiter.

The crater at the center of this May 9, 2014, image is 159 feet (48.5 meters) wide. It resulted from an impact that occurred in the interval between daily Mars-afternoon observations on March 27 and March 28, 2012, as determined from before-and-after observations of a large impact scar (see http://mars.nasa.gov/mro/multimedia/images/?ImageID=6256) and of the largest and second-largest craters (see http://mars.nasa.gov/mro/multimedia/images/?ImageID=6261). It is the biggest fresh impact crater anywhere -- not just on Mars -- ever clearly confirmed by before-and-after images.

The many smaller craters surrounding the two largest ones suggest that an incoming asteroid exploded while passing through Mars' thin atmosphere, with multiple fragments excavating individual craters when they struck the ground. Alternatively, they could be secondary craters resulting from material that was ejected from excavation of the larger two craters.

The location is 3.34 degrees north latitude, 219.38 degrees east longitude. This image is an excerpt from a HiRISE observation catalogued as ESP_036481_1835.