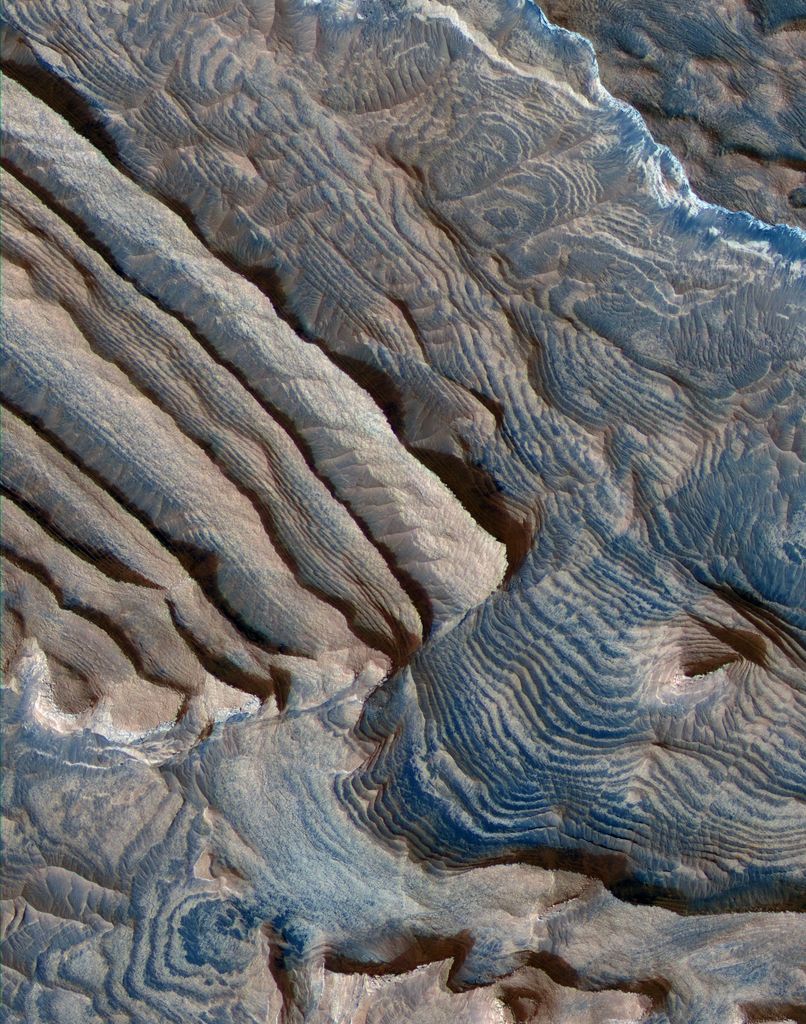 This image from the High Resolution Imaging Science Experiment (HiRISE) camera on NASA's Mars Reconnaissance Orbiter shows sedimentary-rock layering in which a series of layers are all approximately the same thickness.

Three-dimensional analysis using stereo pairs of HiRISE images has confirmed the periodic nature of the layering. Individual layers in the area average about 10 meters (33 feet) in thickness.

The view covers an area about 2 kilometers (1.2 miles) across, within an unnamed crater in the Arabia Terra region of Mars. An oblique view created from three-dimensional modeling shows the repetitive thickness of some of the same layers visible in this image.
Image Credit: NASA/JPL-Caltech/University of Arizona