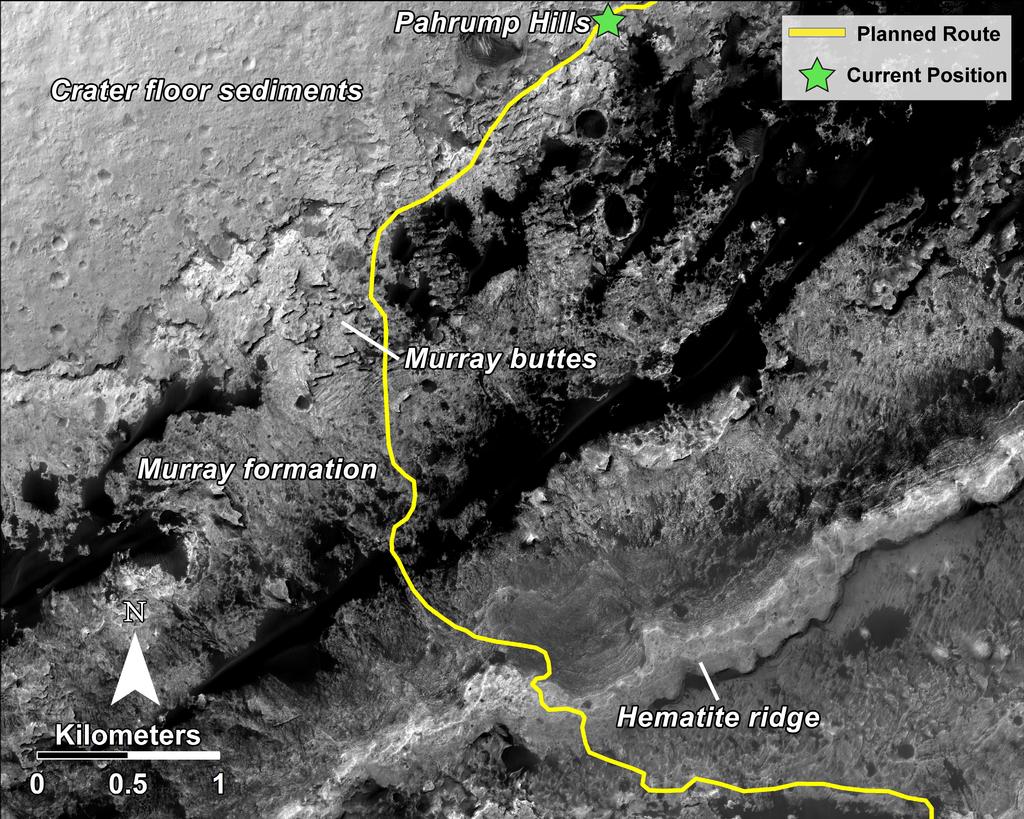 This mosaic, taken with the High Resolution Imaging Science Experiment (HiRISE) camera on NASA's Mars Reconnaissance Orbiter, shows the planned route (in yellow) of NASA's Curiosity rover from "Pahrump Hills" at the base of Mount Sharp, through the "Murray Formation," and south to the hematite ridge further up the flank of Mount Sharp.