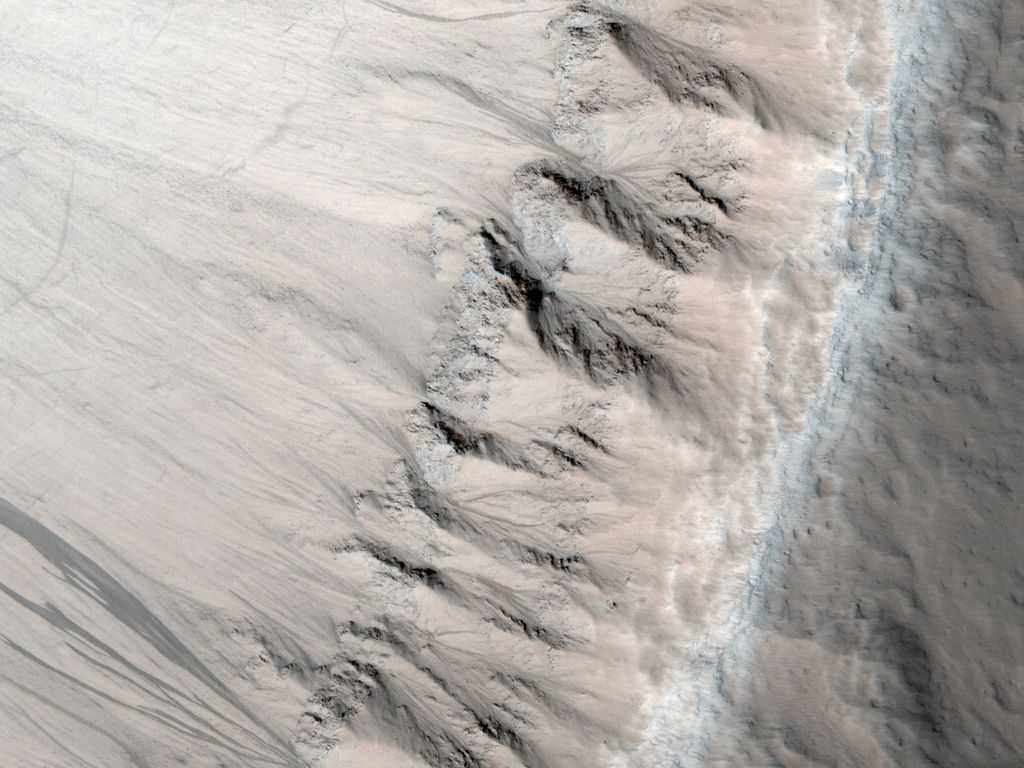 This image from the High Resolution Imaging Science Experiment (HiRISE) on NASA's Mars Reconnaissance Orbiter shows an exposure of layered rock that exhibits a type of fracturing -- called columnar jointing -- that results when cooling lava contracts.

The observation is cited in a report, "Discovery of Columnar Jointing on Mars," in the February 2009 issue of the journal Geology. The authors propose that flooding by water was likely what caused a quick cooling of lava to result in this jointing.

The image, taken Oct. 31, 2007, shows a portion of an unnamed crater 16 kilometers (10 miles) in diameter and centered at 21.52 degrees north latitude, 184.35 degrees north longitude. Shown here is a section about one kilometer (0.6 mile) wide from the image catalogued by the HiRISE team as PSP_005917_2020. The column-forming fractures resemble textures common on Earth in locations such as the Colombia River Basalt Group and in the Colorado Plateau.
Image Credit: NASA/JPL-Caltech/University of Arizona
All Images