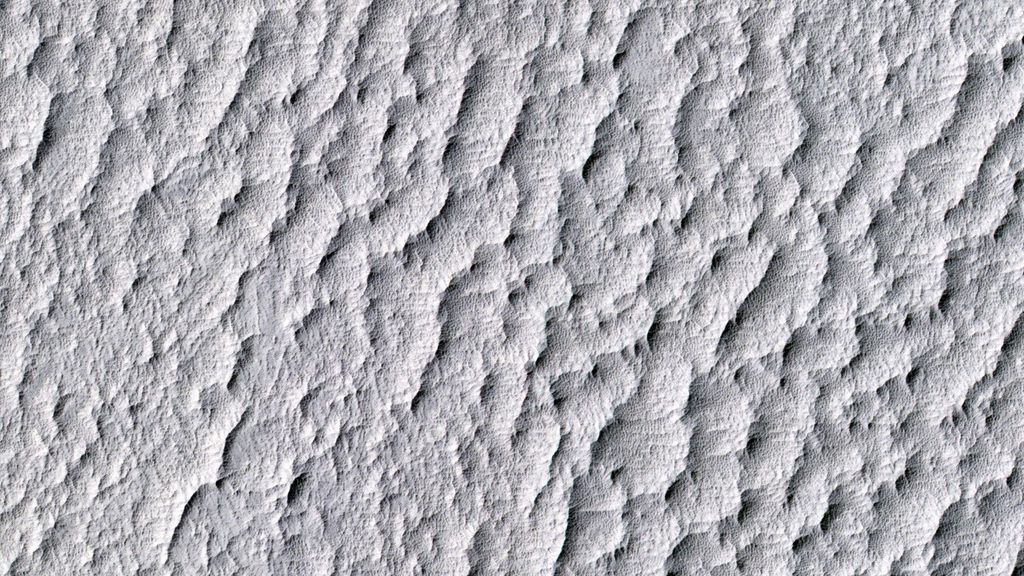 This image from the High Resolution Imaging Science Experiment (HiRISE) camera on NASA's Mars Reconnaissance Orbiter shows a location on Mars associated with the best-selling novel and Hollywood movie, "The Martian." It is the science-fiction tale's planned landing site for the Ares 4 mission.

The novel placed the Ares 4 site on the floor of a very shallow crater in the southwestern corner of Schiaparelli Crater. This HiRISE image shows a flat region there entirely mantled by bright Martian dust. There are no color variations, just uniform reddish dust. A pervasive, pitted texture visible at full resolution is characteristic of many dust deposits on Mars. No boulders are visible, so the dust is probably at least a meter thick.

Past Martian rover and lander missions from NASA have avoided such pervasively dust-covered regions for two reasons. First, the dust has a low thermal inertia, meaning that it gets extra warm in the daytime and extra cold at night, a thermal challenge to survival of the landers and rovers (and people). Second, the dust hides the bedrock, so little is known about the bedrock composition and whether it is of scientific interest.