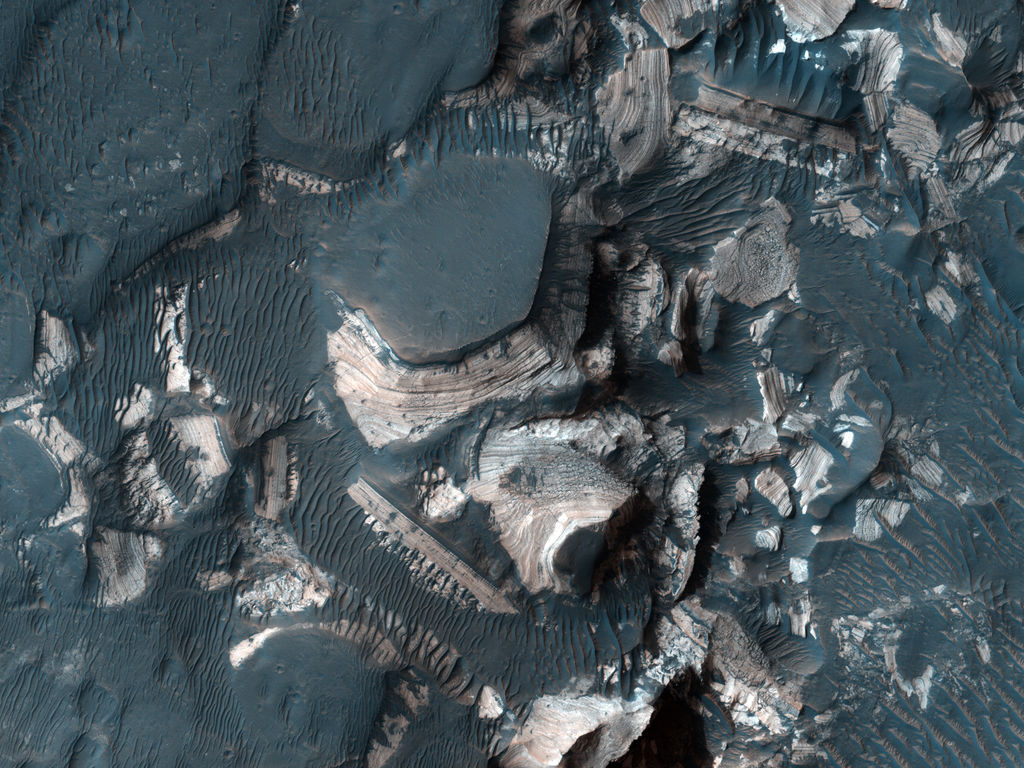 This image shows blocks of bright, layered rock embedded in darker material that are thought to have been deposited by a giant flood that occurred when Uzboi Valles breached the rim of Holden Crater.

The magnitude of this ancient flood is indicated by the large size of the blocks (up to 100 meters across). The blocks do not appear to have been moved very far by the flood, as they are not rounded.

Holden Crater was one of the last four landing sites considered for the Mars Science Laboratory rover which has been exploring Mars since August, 2012. The bright layered rock in this image probably contain a record of a wetter, warmer period early in Martian history, and are therefore a prime target for exploration.
Image Credit: NASA/JPL-Caltech/University of Arizona