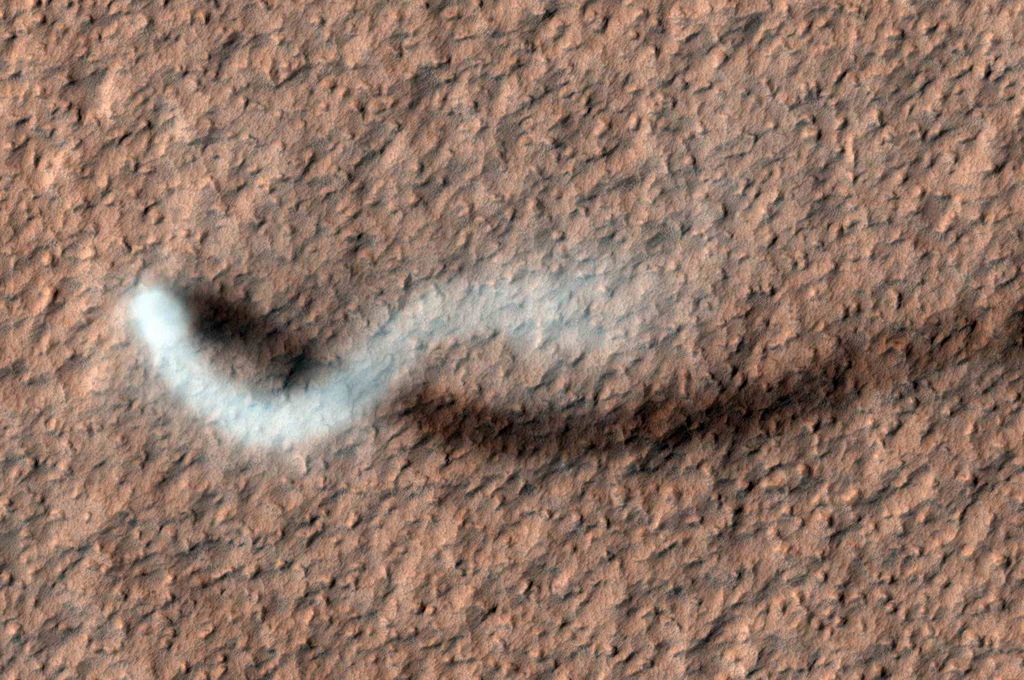 A towering dust devil, casts a serpentine shadow over the Martian surface in this image acquired by the High Resolution Imaging Science Experiment (HiRISE) camera on NASA's Mars Reconnaissance Orbiter.