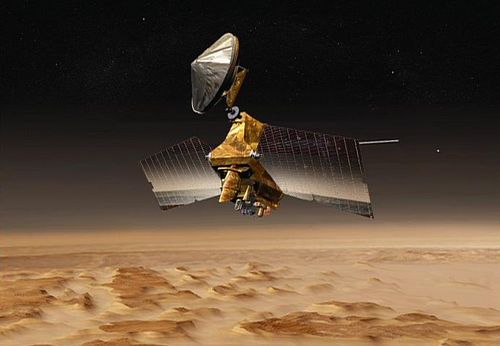 Initial analysis of telemetry from the orbiter indicates the "safe mode" status was triggered by a reboot similar to one experienced Aug. 26, 2009. That was the most recent time that the Mars Reconnaissance Orbiter put itself into safe mode. For 10 months prior to this latest reboot, the spacecraft operated normally, making science observations and returning data. During 2009, unplanned reboots put the spacecraft into safe mode four times.

The orbiter has normal power, fully charged batteries and safe temperatures. The team has increased the data-rate of communications and is taking additional steps to resume science observations soon.

The Mars Reconnaissance Orbiter, at Mars since 2006, has met the mission's science goals and returned more data than all other Mars missions combined. It completed its primary science phase of operations in November 2008, but continues to observe Mars both for science and for support of future landed missions.

Atmosphere Checked, One Mars Year Before a Landing