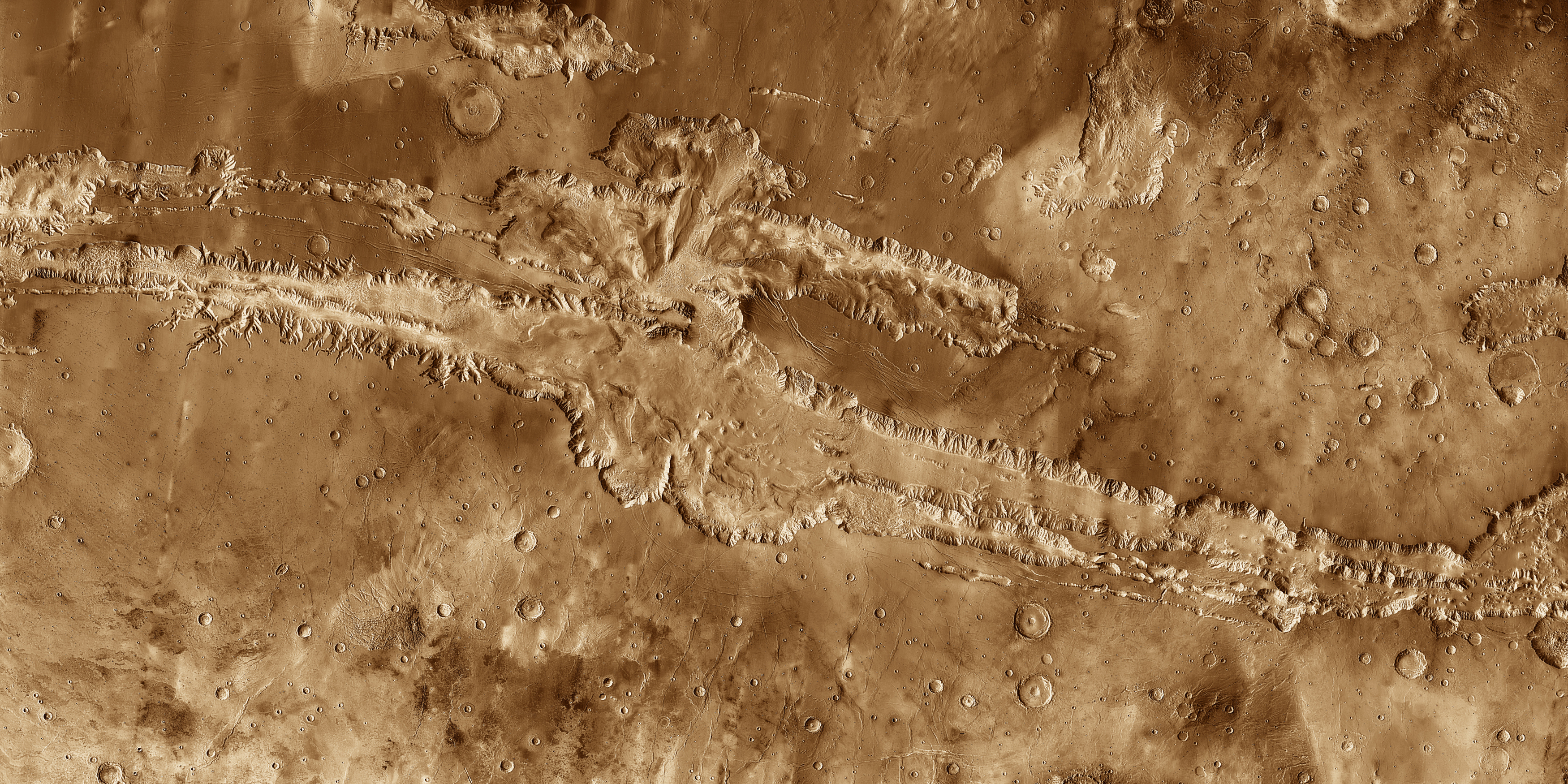 The 2001 Mars Odyssey science investigations are designed to support the Mars Exploration Program's overall science strategy of "Following the Water." The four science goals that support this strategy for discovery are:

NASA's strategy for scientific investigations on Mars is to "follow the water." Without water now or in the past, life as we know it could not exist.
Download full image ›
Goal 1: Determine whether life ever arose on Mars

While Odyssey does not carry instruments for detecting life on Mars, data from the mission helps us understand whether the environment of Mars was-or is--conducive to life. One of the fundamental requirements for life as we know it is the presence of liquid water. For the first time at Mars, a spacecraft was equipped to find evidence of present near-surface water and mapped mineral deposits from past water activity.

Scientists hope to determine if environmental conditions on Mars were ever capable of supporting microbial life. An example might be layers of rock indicating the presence of water, as portrayed in this artist's concept.
Download full image ›
Goal 2: Characterize the climate of Mars

Mars today is far too cold with an atmosphere that is far too thin to support liquid water on the surface. However, Odyssey discovered that much of the water on Mars is trapped under the surface as ice. Odyssey allowed scientists to measure the amount of permanent ground ice and how it changes with the seasons. In addition, Odyssey's studies of the geologic landforms and minerals-especially those that formed in the presence of water-- help us understand the role of water in the evolution of the martian climate since the planet first formed some 4.5 billion years ago.

Layers of rock in craters and mountains, as shown in this artist's concept, contain a record of the geologic past on Mars.
Download full image ›
Goal 3: Characterize the geology of Mars

Mars Odyssey determined the chemical elements (e.g., carbon, silicon, iron, etc.) and minerals that make up the planet Mars, and continues to help explain how the planet's landforms developed over time. The chemical elements are the building blocks of minerals, minerals are the building blocks of rocks, and all of these relate to the structure and landforms of the martian surface. This understanding in turn provides clues to the geological and climatic history of Mars and the potential for finding past or present life.

The Mars Radiation Environment Experiment gave us a first look at the radiation levels at Mars as they relate to the potential hazards faced by possible future astronaut crews. The experiment took data on the way to Mars and in orbit, so that future mission designers will know better how to outfit human explorers for their journey to the red planet.


[more on Goal 4 for the entire Mars Exploration Program]