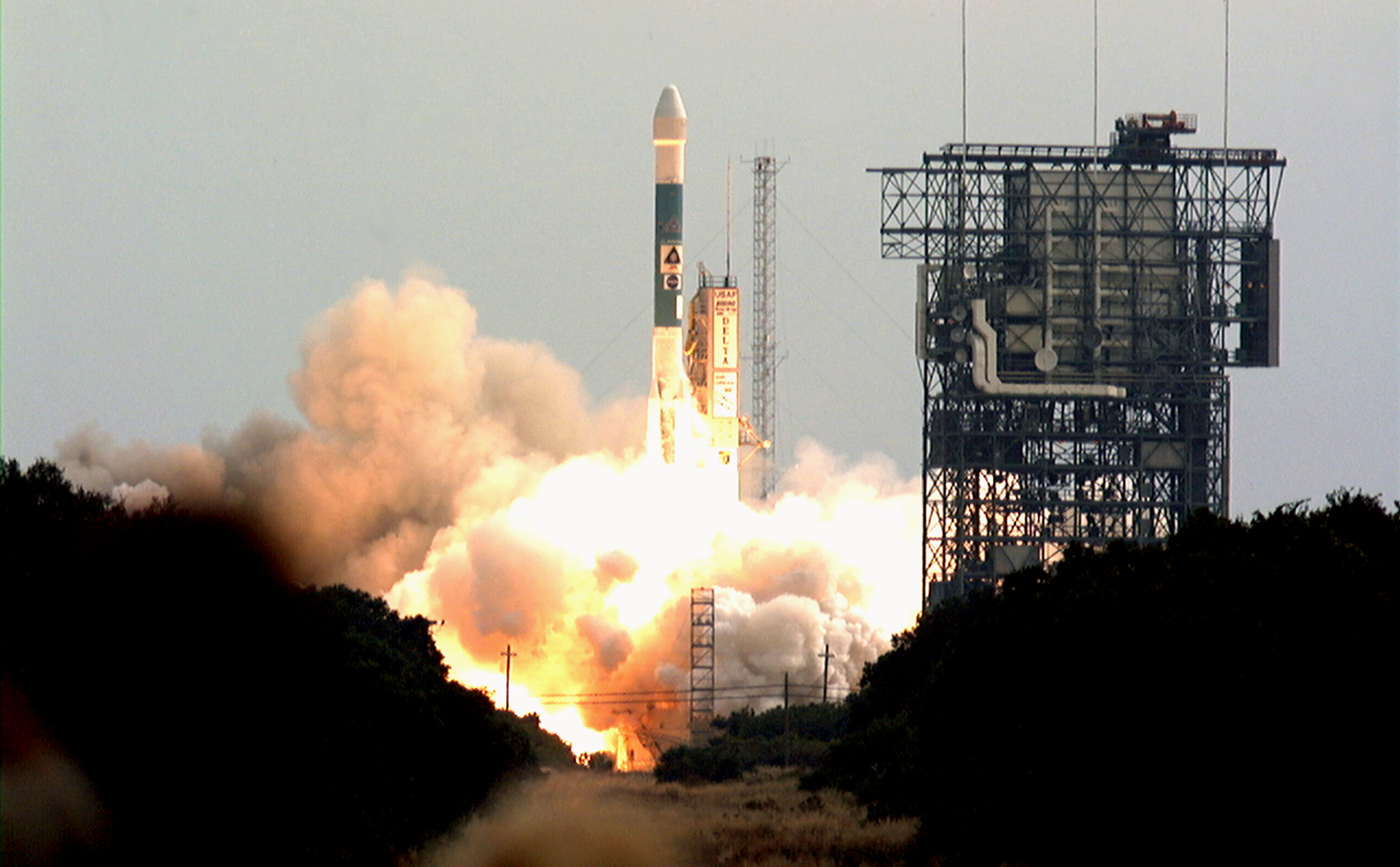 NASA's return to Mars began at 11:02 a.m. EST on April 7, 2001 as the 2001 Mars Odyssey spacecraft roared into space onboard a Delta II launch vehicle from Cape Canaveral Air Force Station, FL. About 53 minutes later, at 11:55 a.m. EST, flight controllers at NASA's Jet Propulsion Laboratory received the first signal from the spacecraft through the Deep Space Network station in Canberra, Australia indicating that all is well aboard the orbiter.

Clicking on any of the thumbnail images below will bring up a higher resolution version of that image.

Two nearly instantaneous launch opportunities occur each day during the launch period. Each is separated by 30 to 60 minutes depending on the day. On April 7, the first is at 11:02 a.m. EDT and the second is at 11:32 a.m. EDT. The opportunities become earlier each day as the window progresses. 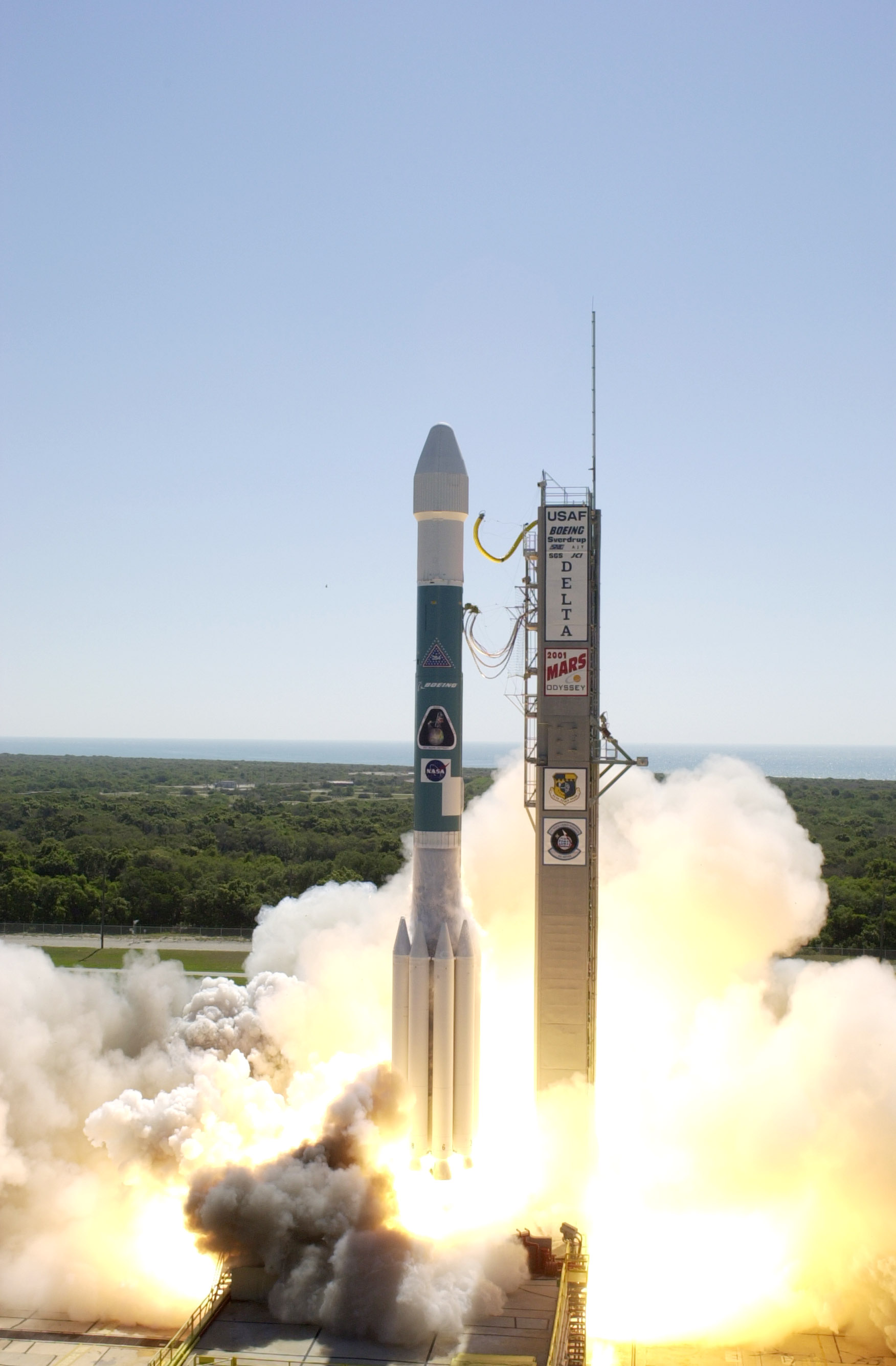 At this point, the vehicle is in low Earth orbit at an altitude of 189 kilometers (117 miles). Depending on the actual launch day and time, the vehicle will then coast for several minutes. Once it is in the correct point in its orbit, the second stage will be restarted at 24 minutes, 32 seconds after launch.

Small rockets will then be fired to spin up the third stage on a turntable attached to the second stage. The third stage will separate and ignite its motor, sending the spacecraft out of Earth orbit. A nutation control system (a thruster on an arm mounted on the side of the third stage) will be used to maintain stability during this third-stage burn. After that, the spinning upper stage and the attached 2001 Mars Odyssey spacecraft must be despun so that the spacecraft can be separated and acquire its proper cruise orientation. This is accomplished by a set of weights that are reeled out from the side of the spinning vehicle on flexible lines, much as spinning ice skaters slow themselves by extending their arms. Odyssey will separate from the Delta third stage about 33 minutes after launch. Any remaining spin will be removed using the orbiter's onboard thrusters.

About 36 minutes after launch, the solar array is unfolded. About eight minutes later, it is locked in place. Then the spacecraft turns to its initial communication attitude and the transmitter is turned on. About one hour after launch, the 34-meter-diameter (112 foot) antenna at the Deep Space Network complex near Canberra, Australia will acquire Odyssey's signal.